The Aleppo Hall (Room) in Pergamon 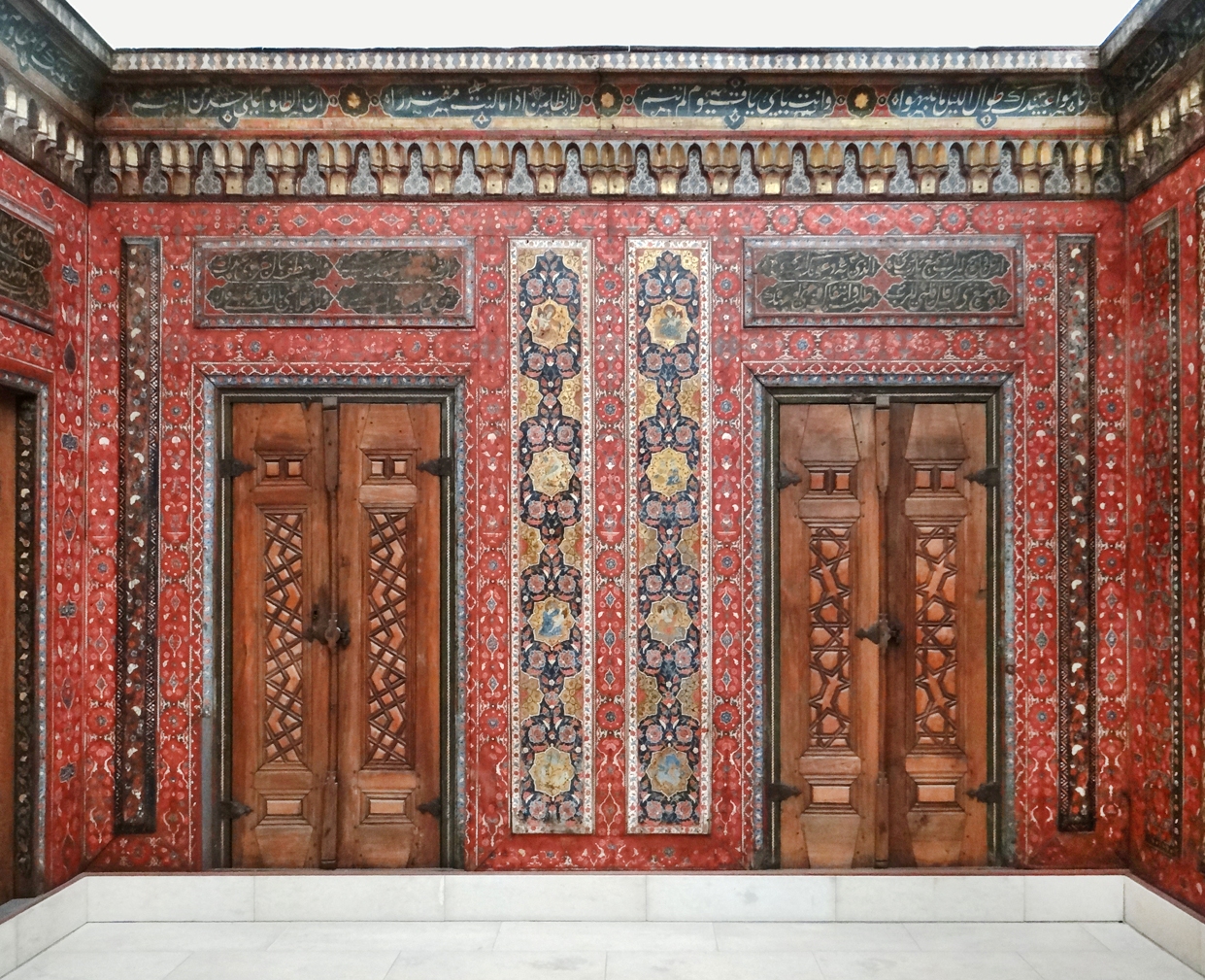 Later in 1912, The hall was moved from Aleppo to Germany BY Mr. Friedrich Sarri

This name is given to the wooden cladding in the hall of AL Wakeel House, which still exists in Al-Jadida neighborhood _ old Aleppo and the hall still exists in it, where it was used as a church after the house was transformed into a hospice. AL Wakeel house is Considered one of the distinctive Aleppo houses that express the heritage of architecture as well as the arts of painting, decoration and miniature paintings, not only in Aleppo, but in all of Syria.

Later in 1912, The hall was moved from Aleppo to Germany BY Mr. Friedrich Sarri, who was the first director of the Museum of Islamic Arts.  Where a part of the hall's wooden decoration was exhibited in the Department of Islamic Antiquities, the Bode Museum, then moved to an independent hall which was allocated to it at the opening of the Pergamon in 1932.  During World War II the hall was dismantled, and part of it moved to the Soviet Union. But when this part was returned to Berlin after the war, it was in a better condition comparing with the part which remained in Berlin, because the warehouse which was keeping it was affected because of the war.

After the restoration of the hall, it was reconstructed similar to its original T-shaped design (a hall with three tazars), and it is still on exhibited since 1960.

According to the two dates mentioned in the writings executed on it, the hall dates back to 1009 AH, Jumada al-Awwal 1012 AH, that is, around 1600 and 1603 AC, and thus to an early period in the Ottoman era.

The hall isn’t only hold a historical value it’s but also a masterpiece, because its geometric and plant decorations, drawings, as well as many writings, some of which are attributed to Imam Ali, as well as texts from the Psalms of David, while the drawings included various topics such as Ibrahim's sacrifice of his son Ismail, the Last Supper, Saint George and the Virgin Mary.