With the support of the World Heritage Center (WHC) in UNESCO, a comprehensive field survey is being conducted for the homes of the Al-Joura neighborhood, adjacent to the northern wall of the ancient city of Damascus, between Bab Al-Salam and Bab Touma. The ongoing activities aimed at establishing a database containing details of construction methods in that area and exposing their relationship to the ancient wall. The survey team consisting of engineers and archaeologists from the General Directorate of Antiquities and Museums collects and documents data about the design of buildings, classifies them according to their archaeological importance. In addition to that,  the teamwork represents and projects the collected data into digital and graphic maps that summarize all the information about the houses. The team was able during two weeks to document many buildings in the area, which were characterized by small, modest adjacent buildings.
In addition to the field survey, the archaeological documentation team is preparing the architectural drawings of the northern façade of the wall between Bab Touma and Al-Salam,  through Drone Documentation: and by using new survey techniques, which would provide information that identifies all the damage and deformations that occurred in this part of the wall. The work coincides with the execution of archaeological excavations outside and inside the wall, showing the history of the archaeological wall in the studied area.
This study is the first step for preparing a general conservation plan for this area, then issuing restoration specifications and preparing draft laws governing the process of urban fabric conservation in the city. 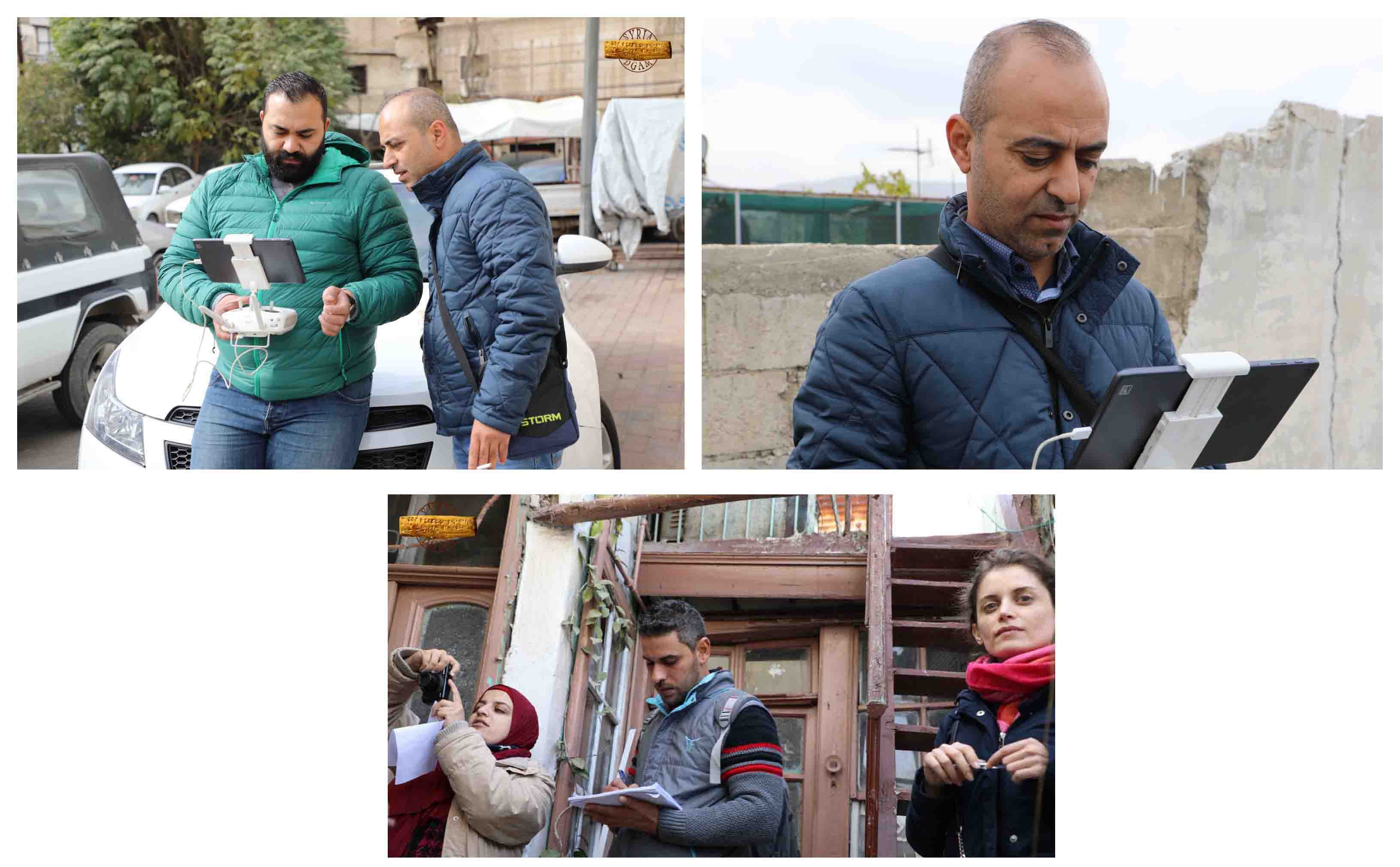 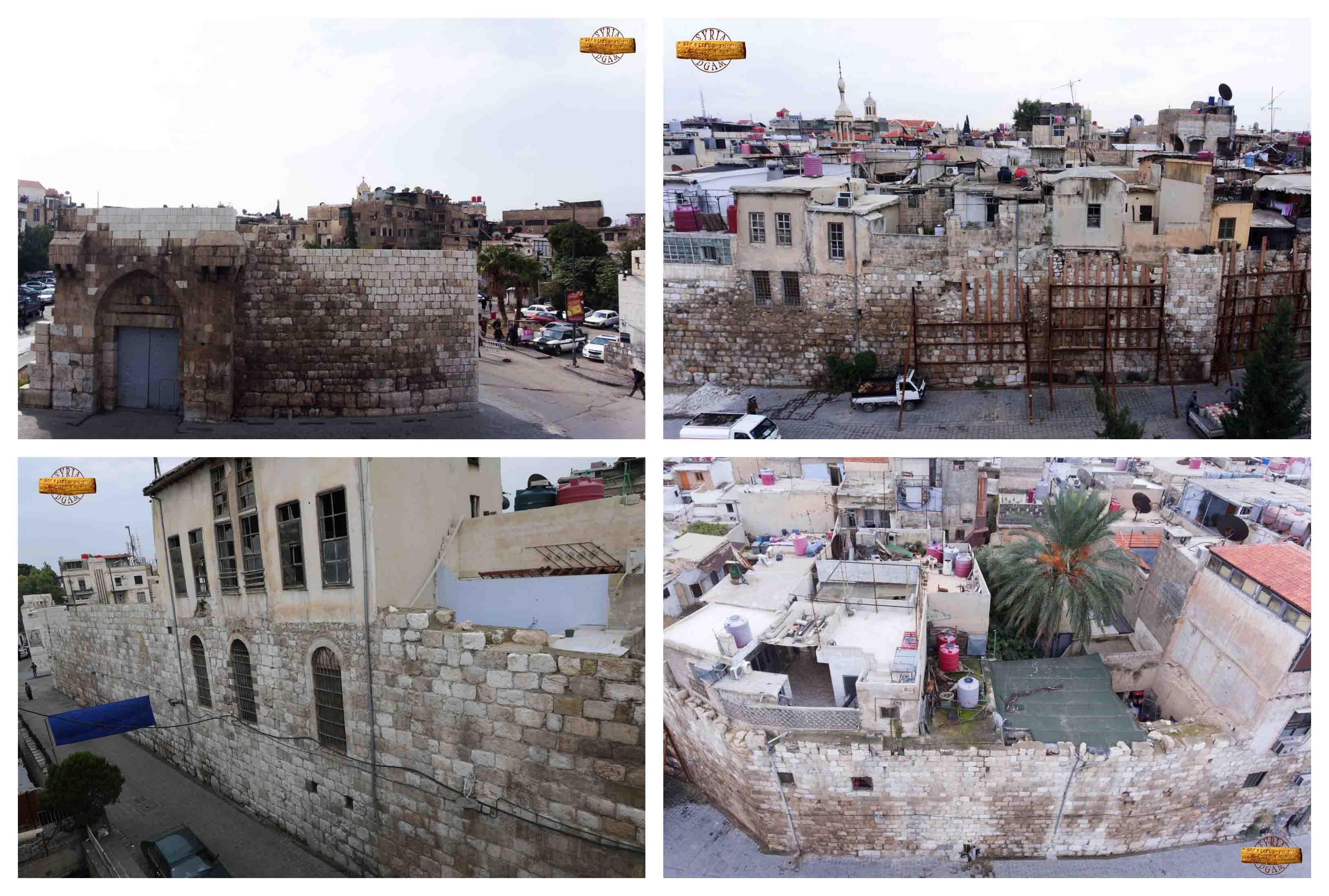 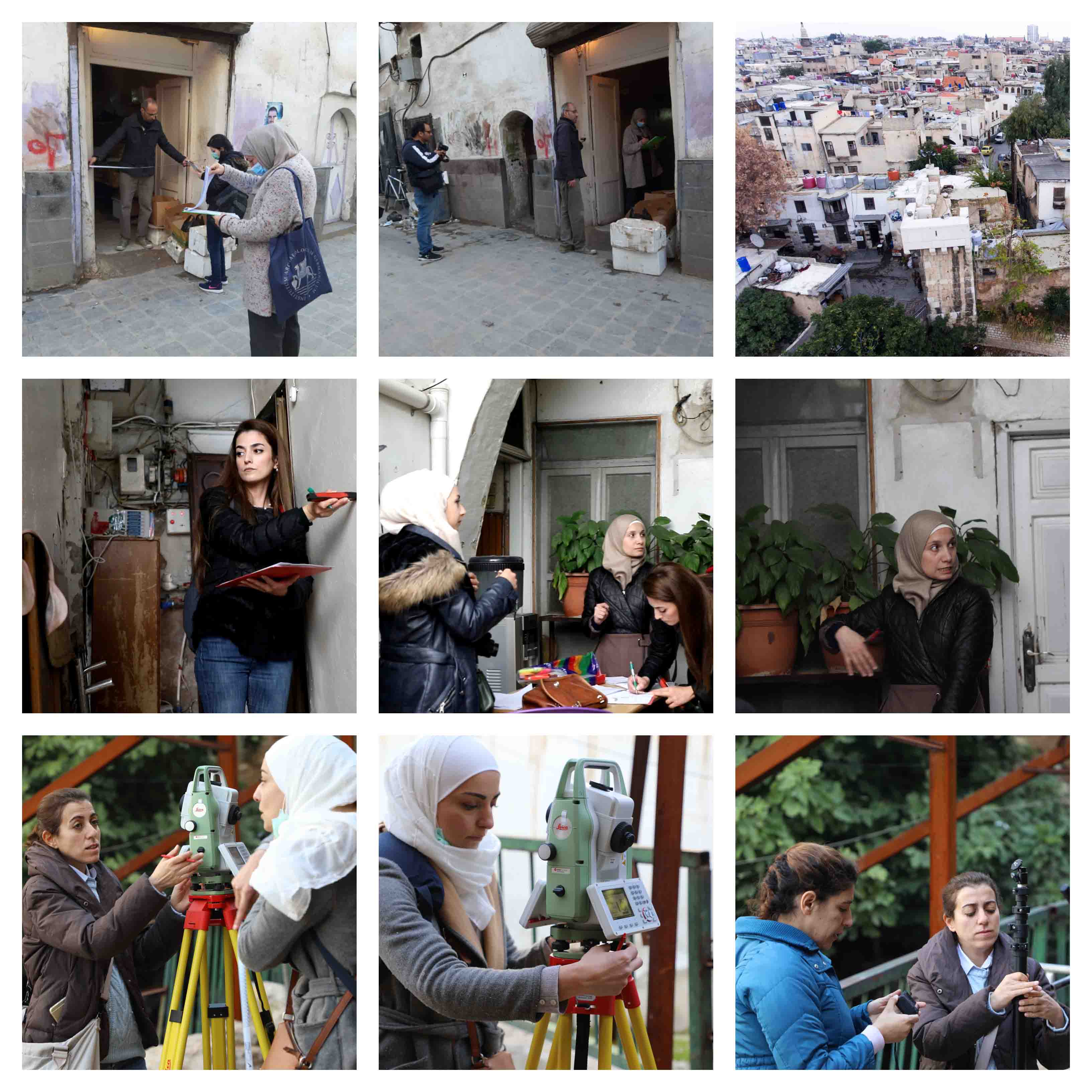