After the Syrian Arab Army liberated the archeological site of Ebla from the hands of armed terrorist groups.  Working teams of Directorate General of Antiquities and Museums (DGAM) completed damages documentation activities by using modern techniques. The work enabled dropping illegal excavation locations on the map of the site and making a form for each dig caused by the looters. The results showed 133 pits distributed throughout the site and caused by the armed groups.

It should be noted that the site was used by terrorist groups as a headquarters and this led to the destruction of many archaeological levels by digging tunnels in the area of Al-Sur and Akerbol. Also, several artifacts were looted and smuggled to the European market across the Turkish borders.

The documentation work is part of the directorate general of Antiquities and Museums’ plan to account for the harm inflicted to the archaeological heritage during the waged war on Syria. 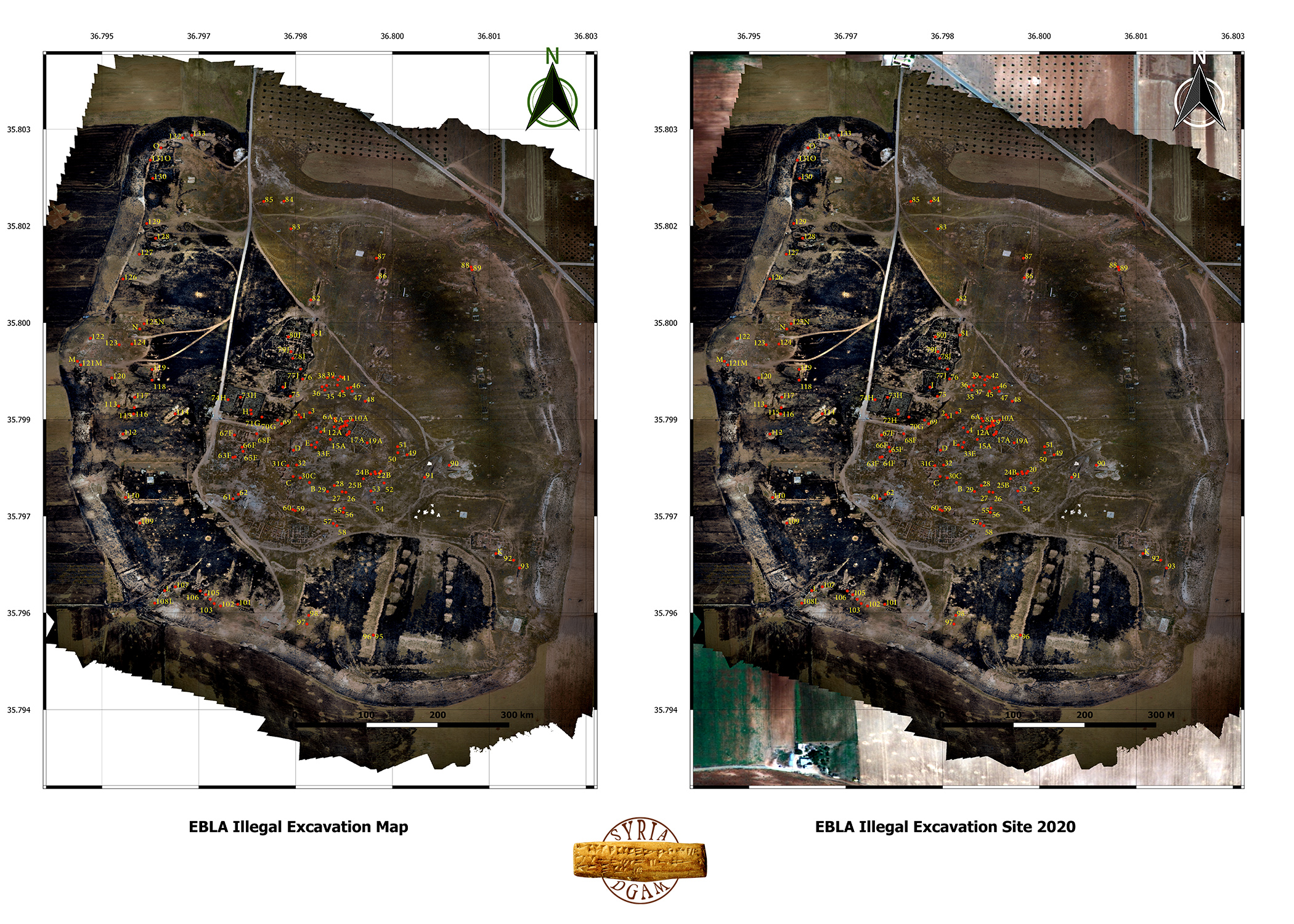